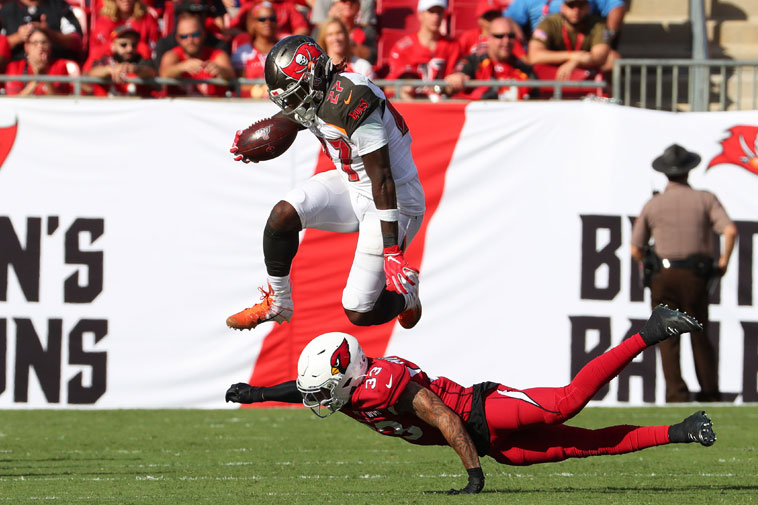 The Arizona Cardinals visit the Seattle Seahawks on Thursday Night in a game that can be seen on FOX and NFL Network. This is a battle for first place in the NFC West, as both teams are 6-3 and tied with the Los Angeles Rams atop the division. The Cardinals are coming off a miracle win against the Bills, as Kyler Murray hit DeAndre Hopkins with a long TD pass with one second remaining, while the Seahawks are coming off a loss at the Los Angeles Rams. Let’s look at the Thursday night matchup and NFL picks. Watch this regular season NFL Week 11 matchup on Thursday, November 19, at 8:20 p.m. ET from CenturyLink Field. Catch the game live on FOX and NFL Network.

There has been a lot of line movement on this game and more could be in the works. When I first looked at this line I was a bit surprised, and wiseguys have had the same thoughts. The line opened with Seattle listed as a 3.5-point favorite and the total was 56.5. I don’t know if oddsmakers have been watching Seattle games lately, but the Seahawks are struggling. We knew their defense was terrible, but now the offense is having some issues. This line has moved toward Arizona, as the number is now 3, and I think there is a chance the line goes to 2.5. I know oddsmakers hate to move a number off of three, but this number was shaky when it was first made. As bad as the number on the side was, the total was worse. This number opened at 56.5 and is already up to 59. Neither of these teams has much of a defense and the teams combined to score 71 points in their first meeting.

The Cardinals have some issues on their defensive line. They have been missing Jordan Phillips and Rashard Lawrence, Leki Fotu and Zach Allen are on IR. The Cardinals lost Corey Peters to an injury against Buffalo and he is questionable for Thursday night.

The Seahawks have had major injury issues of late, but they could be getting some players back on Thursday. The key injury news to monitor is on running backs Chris Carson and Carlos Hyde and on center Ethan Pocic and defensive backs Shaquill Griffin and Quinton Dunbar. All five players missed the loss to the Rams on Sunday. The Seahawks also have Jamal Adams dealing with an injury and Travis Homer, Jordan Simmons and Kyle Fuller suffered minor injuries on Sunday.

These two teams met just a few weeks ago and it was a high scoring game where neither defense played well. There is no reason to think Thursday’s game will be any different. The key matchup to watch in this game is the Arizona defense against the Seattle passing attack. We already know that Seattle’s defense is not going to stop Kyler Murray and Arizona’s offense, so this game comes down to whether or not Arizona can pressure Russell Wilson and contain Seattle’s passing attack. The Arizona defensive line has issues, so it will be up to the linebackers and safeties to blitz Wilson and force mistakes.

I thought the line on this game would be 2 or 2.5 and it was surprising to me when it opened at 3.5. There is not much of a home field advantage this season in the NFL and Seattle playing at home means little. I am a little concerned that the Cardinals could have a letdown after last week’s big win, and I don’t like taking the worst of the number and not getting 3.5. I still lean to the Cardinals but I think the total is the better play. I am totally with the line move on the total, as I think 60 would be a better number and even that isn’t high enough. Neither of these defenses is any good and I expect a similar game to what we saw last time when both teams put up more than 30 points. I will go over the total in this contest.