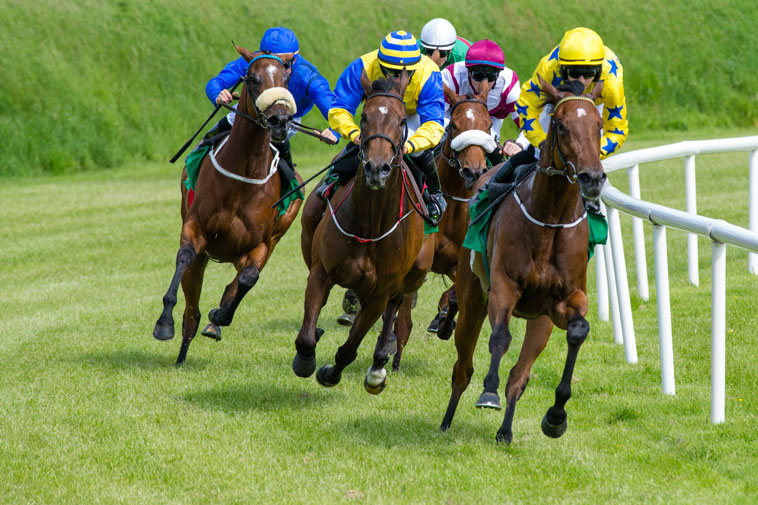 One of the best longshot races every year in the Breeders’ Cup is the Juvenile and that race takes place on Friday afternoon. A field of 14 is set for this race and the favorite is Jackie’s Warrior at 7-5. Anytime you have a solid favorite in a race with a lot of horses you have a chance to hit a big price. The other two top contenders in the race are Reinvestment Risk at odds of 9-2 and Essential Quality at odds of 4-1.

The favorite on Friday in the Juvenile will be Jackie’s Warrior. The horse has four wins with all coming by more than two lengths. Reinvestment Risk doesn’t look to be much of a challenger considering Jackie’s Warrior has beaten the horse twice with ease.

Essential Quality has a career best 96 Speed Figure so it is hard to see this horse making a major move. Sittin on Go has a best Speed Figure of 95. The horse is also coming off a nine-week layoff.

One longshot to look at is Rombauer who finished second in the Grade 1 American Pharoah Stakes in late September. His best Speed Figure is an 85, but he could improve. I’ll take a flyer on him at odds of 15-1.

Keepmeinmind is the other horse to consider. He is looking for his first win, but he is a closer and could come from the clouds and hit at a big price in this race. He could easily go off at odds of more than 30-1.

There is no question that the Breeders’ Cup Classic will get a lot of the headlines, but it is not a great race for longshots. We’ll look at one horse who could surprise, but it would still be a bit of a shock if a horse other than Tiz the Law, Improbable, Authentic or Maximum Security won the race.

We’ll take a shot with Tom’s d’Etat. The horse is listed at 6-1 on the morning line but he could easily go off at double-digit odds. The horse has run nine straight races with a Beyer of 101 or more. We know he can beat top horses because he defeated Improbable in the Oaklawn Mile. We’ll take a flyer on Tom’s d’Etat in the Classic.

The first race of the day on Saturday is the Filly & Mare Sprint. We’ll take a chance with a big longshot and go with Sconsin at odds of 20-1. The horse is a closer and could steal this race at the wire.

The Distaff could be a race to take a longshot simply because there are two clear choices as Monomoy Girl is listed as the 8-5 morning line favorite and Swiss Skydiver is 2-1. If those two horses fail then the Distaff could see a big priced winner. We’ll look at Ollie’s Candy who is listed at odds of 10-1. The horse has not won in any of her last five races but she hit the board in each race. Three of those finishes were second place finishes. Ollie’s Candy is a former Grade 1 winner and she has raced at Keeneland in the past with a second place finish in the Spinster in early October. There is no question that Monomoy Girl and Swiss Skydiver are the obvious choices, but if they have any kind of trouble then the race is wide open and we’ll take a shot with Ollie’s Candy at odds of 10-1.