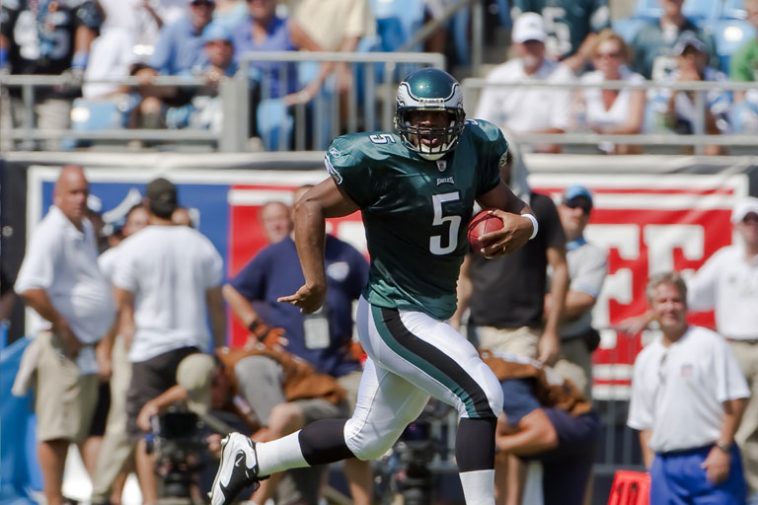 Will the Philadelphia Eagles come through as the heavy faves at the expense of the NY Giants in week 7’s Thursday Night Football? Or can the Giants defy the NFL odds?

Philadelphia Eagles Open as Big Home Chalk
The Philadelphia Eagles are floundering in 2020. At the conclusion of Sunday’s round of week 6 NFL action, the Eagles suffered yet another setback behind a 30-28 loss to the Baltimore Ravens. Overall, the Eagles’ campaign amounts to a 1-4-1 SU mark through the first six weeks and a third-place berth in the NFC East.

And yet, the Eagles enter week 7 NFL markets as big favorites for a Thursday Night Football showdown with the New York Giants. Granted, the Giants are one of the worst teams in the league, not to mention they are propping up the NFC East with a 1-5-0 SU mark. However, neither team inspires a lot of confidence and with a quick turnaround after Sunday’s it’s a right tossup for NFL picks.

Tae Crowder, who was the last player drafted in the 2020 NFL draft, broke the deadlock when he scooped up a fumble and ran it home for a touchdown to lift the Giants up to 20-13 with 3:28 left on the clock to play. Enough time to give Washington a chance to respond. Which they did, until they botched a two-point conversion.

Kyle Allen connected with Cam Sims for a 22-yard touchdown that brought Washington to within a point. Instead of playing for overtime, however, Ron Rivera decided to be bold and go for the win. It backfired as the defense stepped up to seal the deal for the Giants.

It wasn’t a pretty win at MetLife Stadium, but Judge and the Giants will take it. After all, they’ve been made relevant in the NFC East, which is wide open and up for grabs despite the season nearing the halfway mark.

Under normal circumstances, a 1-5 SU mark would give pause for thought, if not prompt some serious soul searching with regards to the rest of the season’s campaign. The NFC East is a rare case that could ultimately deliver an underwhelming divisional champion (with a losing record) into the playoffs. Every single team is under .500, and three of the four divisional rivals are tied on one win, save for the 2-3-0 SU Dallas Cowboys who are still to play MNF.

The New York Giants are the longshots of the NFC East, priced the highest with Youwager at +4000 to win outright in NFL futures. Although, theoretically, they’ve got as much of a chance to clinch the divisional title as do the Cowboys (-135), the Eagles (+130), or Washington (+1300).

Philadelphia Eagles Struggles Continue
The Eagles slipped to a second-straight loss and fourth overall this season, losing 30-28 to Baltimore Ravens at Lincoln Financial Field. Once again, Doug Pederson’s side rallied after getting off to a poor start, but it wasn’t enough in the end as the Ravens thwarted a two-point conversion attempt to deny Philadelphia a shot in overtime.

For the first three quarters, it was arguably one of the worst games by Carson Wentz and the Eagles this season. While the fourth quarter did show some positives, it also found the Eagles severely lacking against those teams that are considered to be prime contenders for SBLV.

By the end of the first quarter, the Eagles were in a whole lot of trouble, down 14-0 to the Ravens. The offense was non-existent, struggling to get anything going, and butterfingers Wentz’s troubles with fumbling the ball continued. Meanwhile, the defense was overwhelmed, taxed, and beaten. By the time the fourth quarter rolled around, the Eagles had their backs against the wall, looking at an impossible 24-6 hole.