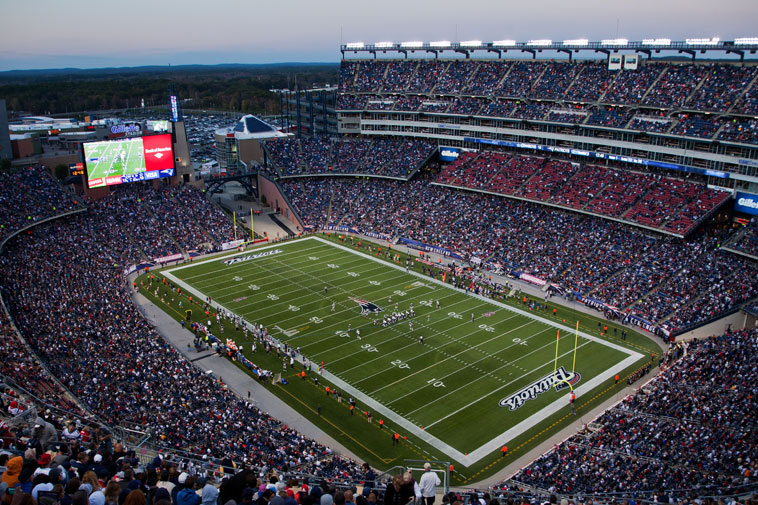 This is a make or break game for the New England Patriots. The Patriots are currently sitting at 3-5, and they might post their first losing season since 2000. Their playoff chances are looking ever dimmer as there are currently nine teams in the AFC with five or more victories. They still have a chance to make the postseason for the 18th time under Bill Belichick, but they can’t afford many more losses. New England hosts the Baltimore Ravens on Sunday Night Football this week, and a defeat would lead to most observers writing off this team’s chances.

The Ravens come into this game with a record of 6-2, but all is not right with Baltimore. This offense is looking much less formidable than it did during Lamar Jackson’s MVP season last year. Jackson expressed his frustrations, saying that the offense has become predictable, and that defenses are calling out their plays at the line of scrimmage. Baltimore is only averaging 347 YPG on offense, and the Colts held the Ravens to just 266 total yards last week.

Jackson is still an electrifying player with the ball in his hands, but Jim Harbaugh might look to have him throw the ball more in order to keep defenses guessing once again. The third-year quarterback is completing 62.9 percent of his passes for 7.1 YPA with 12 touchdowns and four interceptions this year, and he is throwing the ball less than 27 times per game on average. Defenses are keying on Jackson to run, and while he is still explosive with 469 yards (5.9 YPC), the impact isn’t the same as we saw in 2019.

Marquise Brown has been frustrated with his role in the offense too although he leads the Ravens with 30 receptions for 417 yards and two touchdowns. Mark Andrews and Willie Snead IV are the only other players with more than 15 catches on the year, so Jackson is likely to target one of those three players when he looks to throw.

Gus Edwards and rookie J.K. Dobbins have seen more action with Mark ingram banged up, and all three of the running backs are averaging at least 4.4 YPC.

New England used to be defined by its defense, but this side of the ball has not been great in 2020. The Patriots are giving up 8.4 YPA (last in the NFL), and opposing offenses have been able to establish the run against this front too. Reigning NFL Defensive Player of the Year Stephon Gilmore has missed the last two games due to injury, and he has been limited at practice this week too.

It was never going to be easy to replace Tom Brady, but Cam Newton has really struggled after a nice debut. He has failed to throw a touchdown pass in his last four games while throwing five interceptions in that same stretch. Newton is a great goal line runner and has found the end zone eight times, yet he has not looked sharp as a passer.

The Patriots are running the ball pretty well although Sony Michel has only played three games. Damien Harris is averaging 5.6 YPC to become New England’s top back, and J.J. Taylor has done a decent job in limited action as well. The real problem with New England’s skill position players is at receiver. N’Keal Harry has not worked out and is questionable to play, while Julian Edelman is still on injured reserve. Jakobi Meyers and Damiere Byrd are now the top two receivers for this team, making this one of the least talented receiving corps in the NFL.

Baltimore’s defense has stepped up in a big way with the offense struggling. The Ravens lead the league in scoring defense (17.8 PPG), and quarterbacks have had very little success throwing against this secondary, averaging 5.8 YPA. There are some injury concerns in the front seven though as Calais Campbell is doubtful and both Matthew Judon and L.J. Fort are questionable.