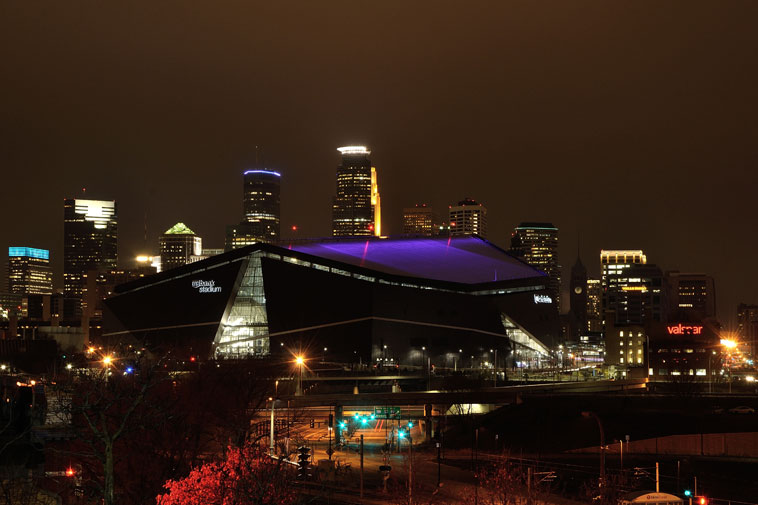 The Minnesota Vikings visit the Chicago Bears on Monday night in a game that can be seen on ESPN. It is a key game in the NFC North, as the Vikings come into the game at 3-5, while the Bears are 5-4. Minnesota has won two in a row and they have revived their playoff hopes, while the Bears have lost three straight games. This contest on Monday could go a long way toward deciding which team is headed toward the playoffs. Let’s look at the Monday night matchup and NFL picks.

The line on this game has moved toward Minnesota ever since the odds were put on the board. The Vikings have looked better in recent weeks with two straight wins, while the Bears have struggled. Before last week’s results, the Bears would have been favored, but the current line has the Vikings favored. This line has gone up to three at times, so there is a chance of a middle if the Vikings win by exactly three points. The total has also seen some movement, as this number has gone to as high as 45.5 but then it was bet down to the current number of 44.

The Bears are hoping that starting running back David Montgomery will be available for Monday’s game, but he is in the concussion protocol and must be cleared by an independent neurologist in order to play. The Bears are also hoping that Janoris Jenkins will be available. He is listed as questionable with a foot injury. There is no question that the injury to Montgomery is a key one, as the Bears don’t have much behind him. They had Ryan Nall and Cordarrelle Patterson at running back last week and they could bring up Lamar Miller off the practice squad. Chicago will also be without defensive lineman Roy Robertson-Harris who is out for the year with a shoulder injury.

The Vikings lost former starting cornerback Holton Hill to a season-ending injury and the team waived linebacker Ben Gedeon because he failed a physical. Minnesota’s defense has struggled for much of the season and it doesn’t figure to get any better after two more players have been ruled out.

This game could come down to whether or not the Bears can stop the run. Dalvin Cook has been running over opponents in recent weeks, so this game is all about Cook vs. the Chicago defense. Chicago faced Derrick Henry last week and gave up just 68 yards on 21 carries. That effort was a dramatic improvement, as Chicago’s run defense has struggled for much of this season. Last season the Bears held Cook to just 35 yards on 14 carries in their first meeting. Cook has been on a major roll this season, as he has gone over 130 yards in four games this season. He has 369 rushing yards and five touchdowns on the ground in the last two weeks. He also has four catches for 109 yards and one touchdown in the last two weeks.

This game has all the looks of a public play. It seems everyone is on the Vikings in this game based on how Minnesota has played recently and because Chicago is struggling. That fact alone points me to taking the Bears in this game. I also don’t know that Minnesota’s defense can be trusted. I know Chicago’s offense has been awful lately, but Minnesota’s defense is not that good. I expect this to be a close game and I think the Bears will have a chance to win it, so I will take Chicago plus the points.